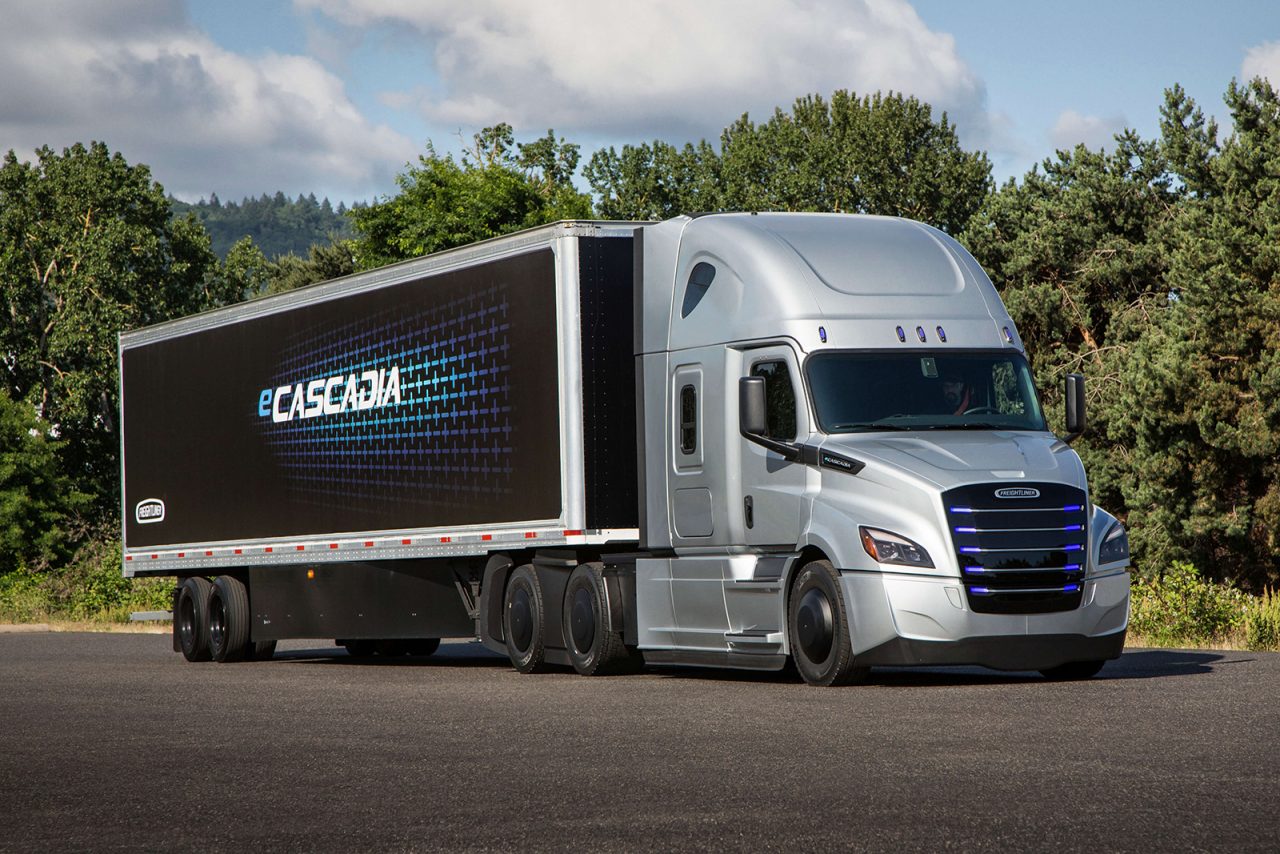 Tesla and Elon Musk might be getting all the attention for the all-electric Tesla Semi, but they’re far from the only manufacturer looking to make electric trucks. Freightliner, the leading heavy-duty truck manufacturer in America, is hard at work testing trucks with actual customers while Tesla is still stuck on the test track.

Freightliner recently announced that its test fleet of electric semi-trucks have traveled over 1,000,000 kilometers. That’s the equivalent of roughly 250 cross-country trips between Sydney and Perth.

“These are real trucks hauling real freight in the real world and racking up zero emissions mile after mile — in excess of 700,000 miles (1,126,540 kms) thus far,” according to Daimler spokesperson Fred Ligouri. “Through this process of co-creation with our customers, we are ensuring durability and reliability for series-built trucks, incorporating purposeful innovations, and furnishing the opportunity for more and more fleets to experience eMobility.” 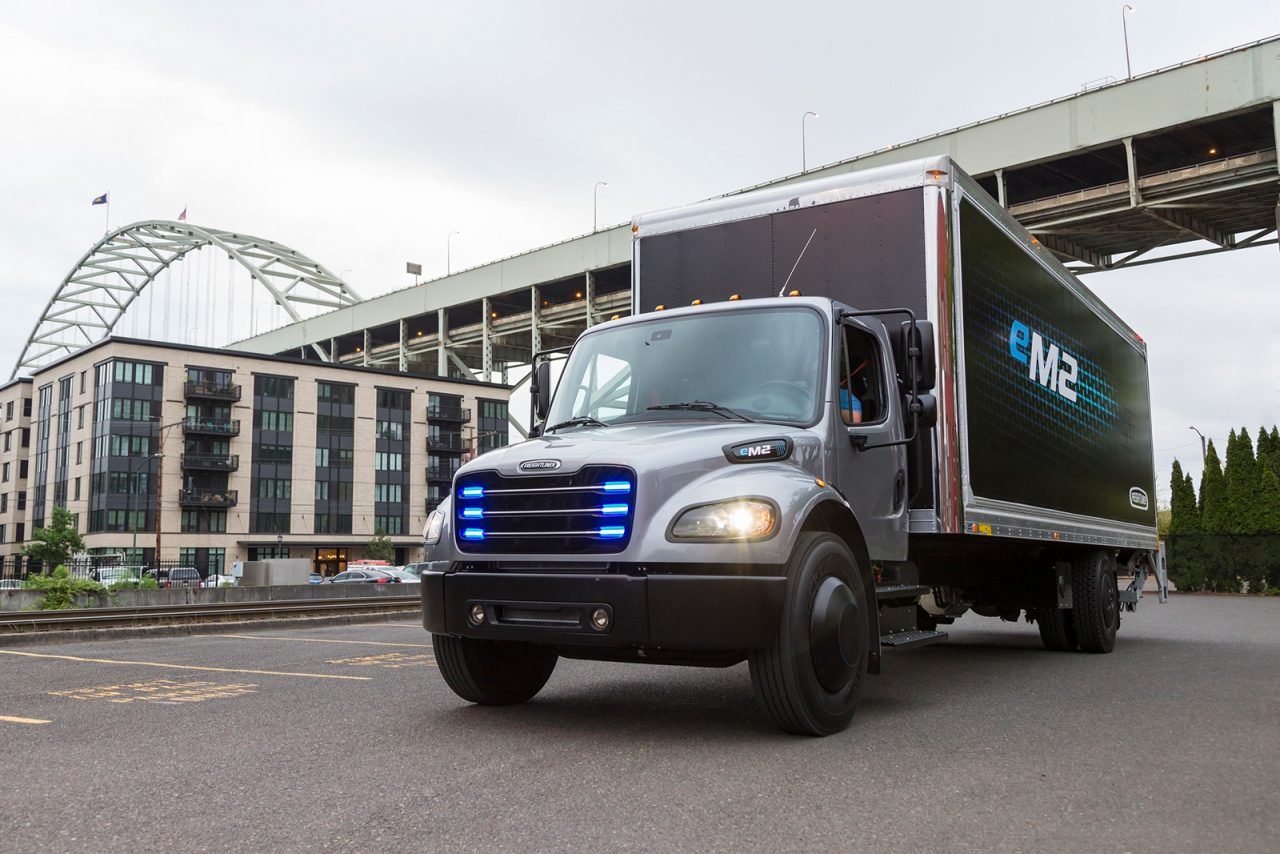 The 38-vehicle fleet of battery-electric Freightliner eCascadias and eM2s are in real-world operation by Freightliner customers, who include some of the largest private and for-hire fleets in North America.

The Freightliner Electric Innovation and Customer Experience (CX) Fleets consist of pre-series production battery-electric medium- and heavy-duty trucks, and are used to test integration of the technology into large-scale fleet operations while providing real-time feedback and data to help shape the future of CO₂-neutral transportation.

Unlike regular automobiles where carmakers can test them in secret and then put them on the market, fleet customers like trucking companies are years-long clients of truckmakers. They have to deal with long-term maintenance, training of mechanics, drivers, and much more. As a result, customers are tied very closely with the manufacturer during the development process for new trucks. It’s a bit like the focus groups that carmakers run when trying to design a new minivan, only on a much larger scale.

The trucks, which have been in operation for well over a year, are part of Freightliner’s Electric Innovation Fleet operated by NFI and Penske Truck Leasing, two of the USA’s biggest truck operators. Among others, Penske’s electric trucks are moving goods for clients including Costco, UPS, and Fastenal. 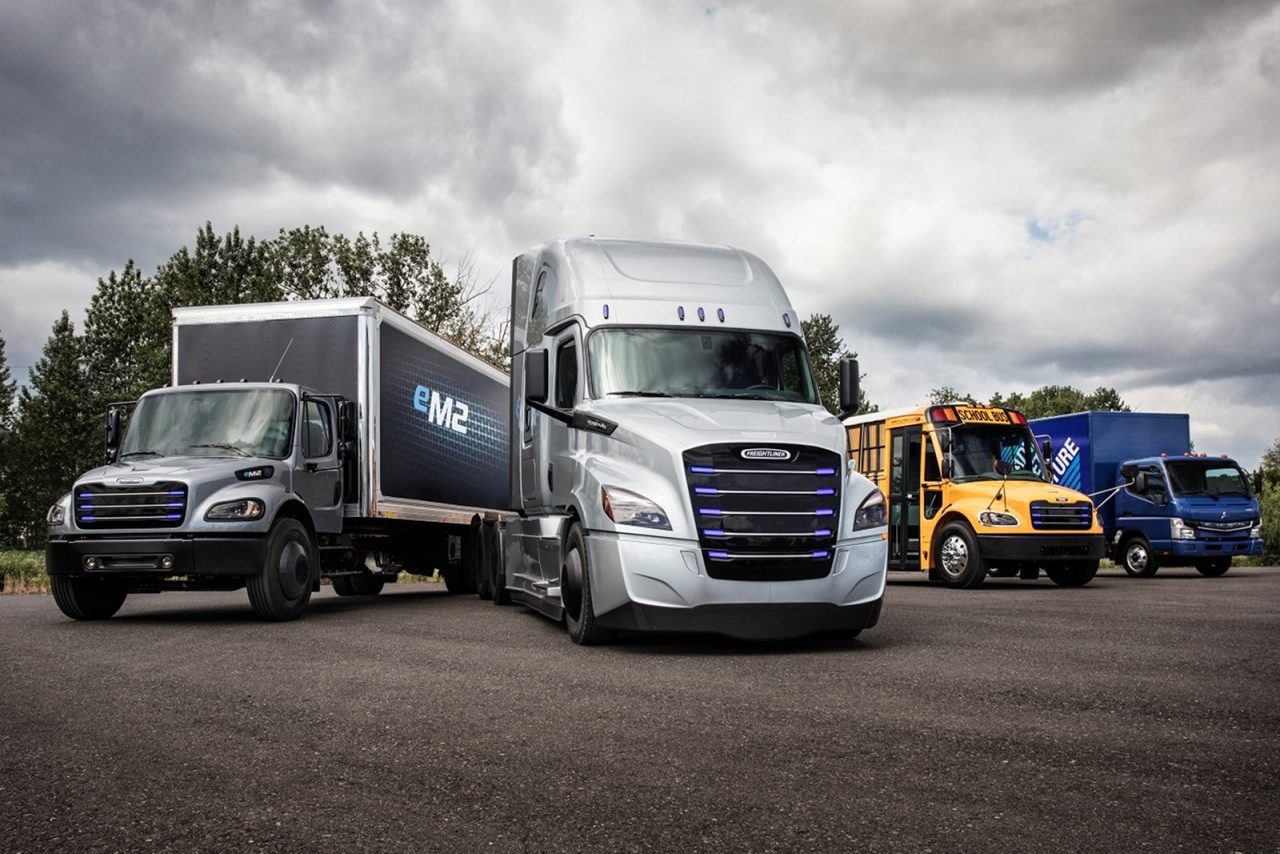 When will electric semis hit the road?

What’s next — Daimler is investing $20 million in its Detroit Diesel Company manufacturing facility to be the North American producer of the ePowertrain that will go into the eCascadia and eM2. Globally, Daimler plans to use the same basic electric truck architecture to drive cost reductions, and Detroit’s ePowertrain will be the American variant.

The DD16, which is the largest truck engine Detroit makes, generates a (comparatively) paltry 2,050 lb-ft — that makes this a greater than 11x increase in torque for the dual-motor version, which should make for significant quality of life improvements for truck drivers struggling to merge in traffic.

Those motors will be combined with 210 kWh, 315 kWh, and 475 kWh versions, depending on customer need for range. Production of the Detroit ePowertrain is expected late this year, with series production of the Freightliner eCascadia Class 8 and eM2 Class 6/7 trucks beginning next year.

Though Tesla continues to develop the Tesla Semi, it appears that none are in the hands of customers at this point. So, for now, chalk this one up as a win for Freightliner.

Posted in Daimler Trucks, Freightliner
← Everson’s take delivery of their 5th Freightliner Columbia Rigid from MTCWhen your truck carries loads of 4.2m high tyres to the mines then the Actros MirrorCam is a no brainer! →