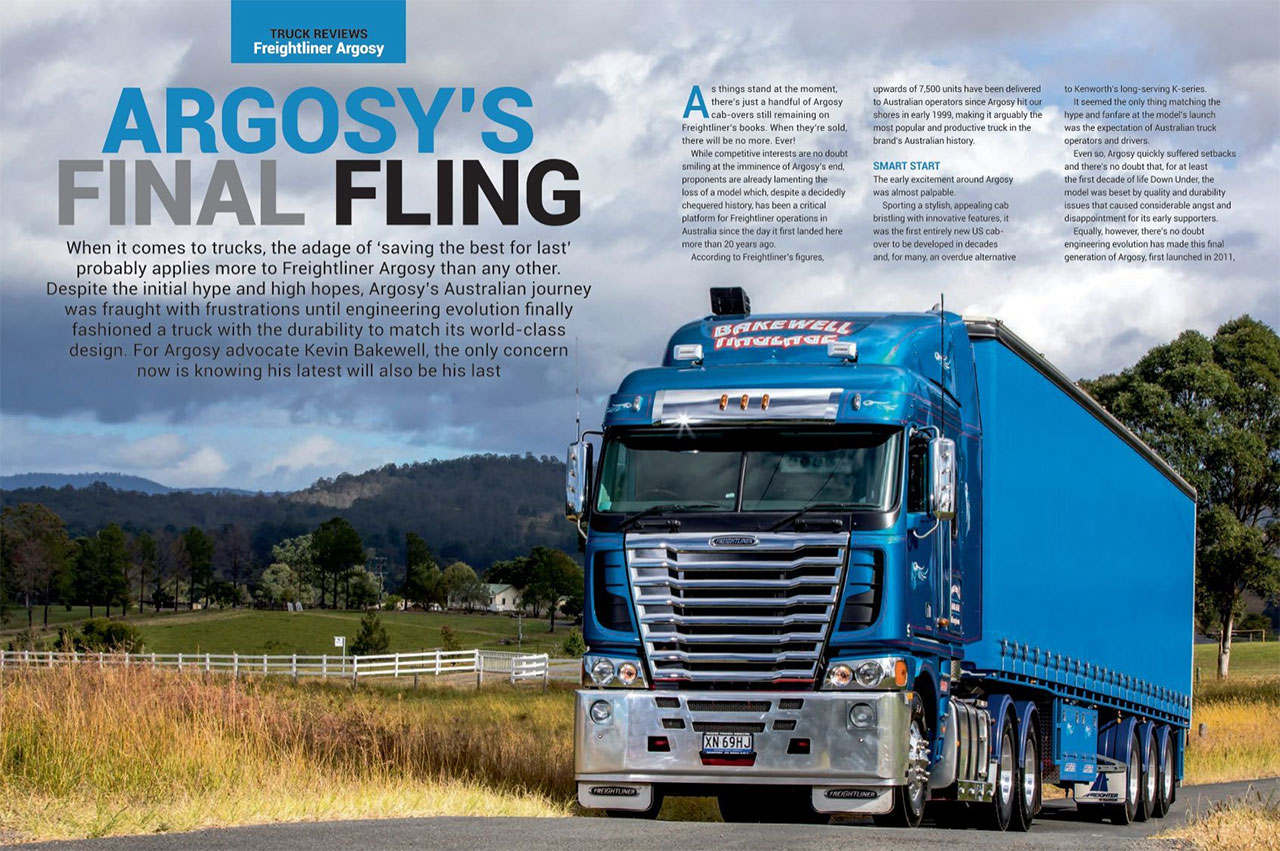 When it comes to trucks, the adage of ‘saving the best for last’ probably applies more to the Freightliner Argosy than any other.

“I knew Argosy’s days were numbered but had no clue my truck would be the last to land here,” Bakewell explains. “I’m happy to have the truck, obviously, but it wasn’t a planned event or anything like that. It just happened that way but if it was up to me, it most definitely would not be the last. I’d keep buying them if Freightliner kept building them.” 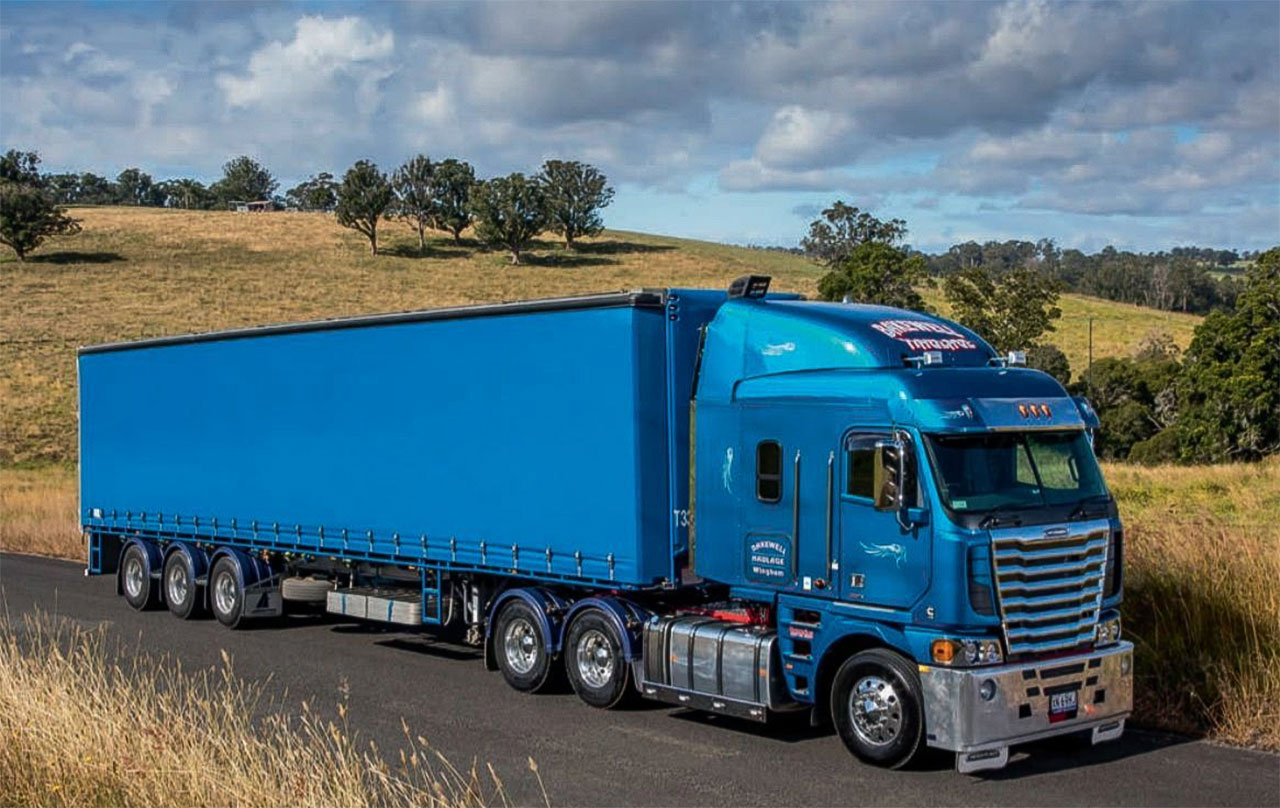 Yet as he stands quietly for a few moments, eyeing the latest of his five Argosys as driver Chris Lewis puts the final glistening touches to a weekly wash and shine, it’s a thoughtful Bakewell who explains that this particular Argosy has special meaning for reasons other than the fact it was the last to land in Australia. For starters, it’s the premium 110 inch cab, whereas his usual Argosy spec is the 101 inch version. So why the bigger cab?

“Well, it was bought as reward for a driver named Errol Mitchell who’d been with me 10 years,” he answers. Collecting his thoughts for a moment, Bakewell adds, “Sadly, Errol spent just a few weeks in it before he got terribly sick and passed away from cancer. He was only in his early 50s and a big loss to everyone.”

“Really, I doubt we’ll ever sell this truck,” he says solemnly.

Later in the day, however, it’s an adamant Bakewell who remarks: “The truck’s in good hands with Chris. He’s a good steerer and a gentleman. The sort of operator you want driving your trucks.”

Posted in Freightliner, Mavin Truck Centre, Our Customers
← Mercedes-Benz 2658 from Cromack Transport Grafton is Truck Of The MonthDaimler present their vision of a ‘CO2 neutral’ road transport future →