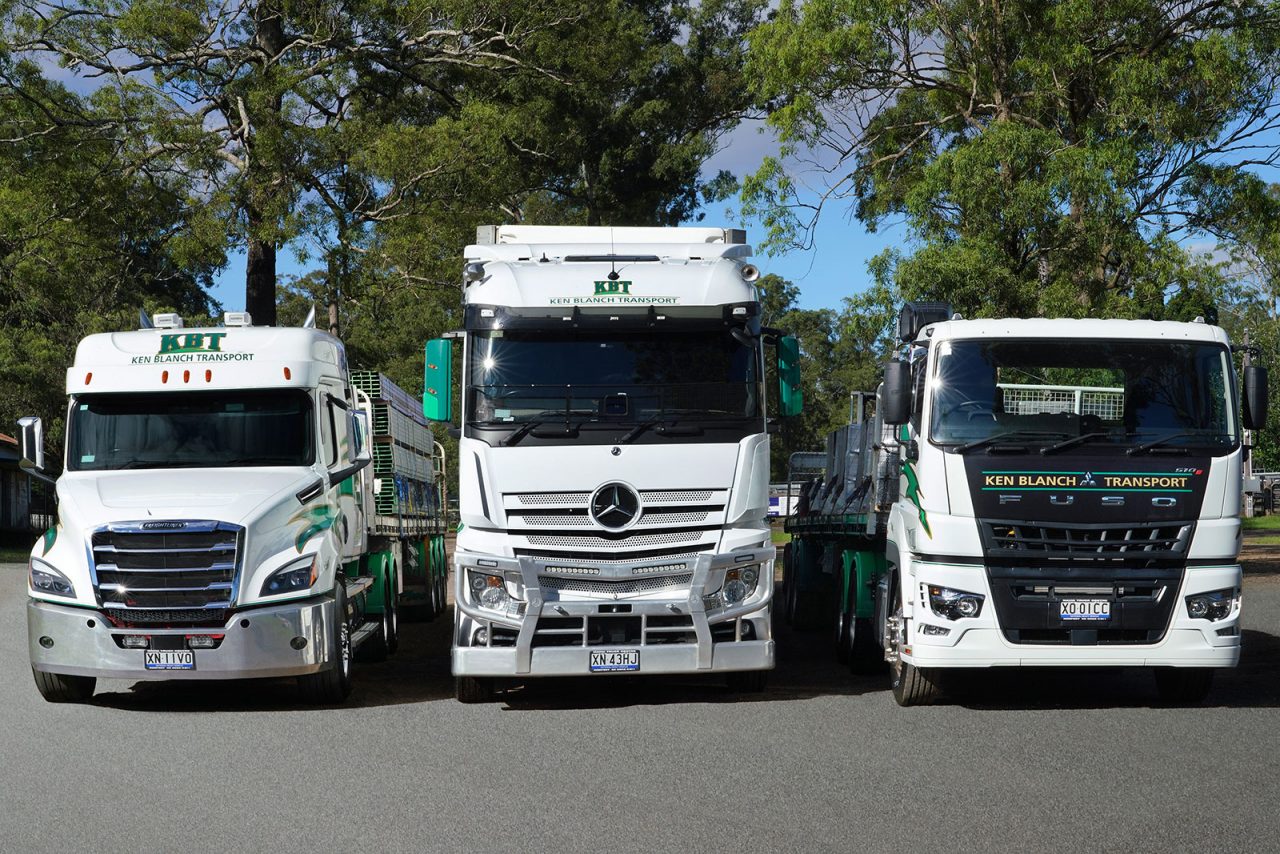 Ken Blanch Transport has a Daimler Benz trifecta with a Fuso Shogun 510 recently added to its Taree-based fleet. The Shogun joins a Freightliner Cascadia and Mercedes-Benz Actros as the latest models supplied by Mavin Truck Centre.

The business owner, Ken Blanch, sought a truck that could haul bricks and steel around the region, but also go for the occasional run to Newcastle or Brisbane.

Fuso had just launched the Shogun 510, the only Japanese truck with more than 500hp, and Mavin Truck Centre salesman Steve Pinkstone suggested it would be perfect for the role.

Mr Blanch is glad he chose the Shogun. “It’s a good thing,” he says. “It’s doing the job well.” 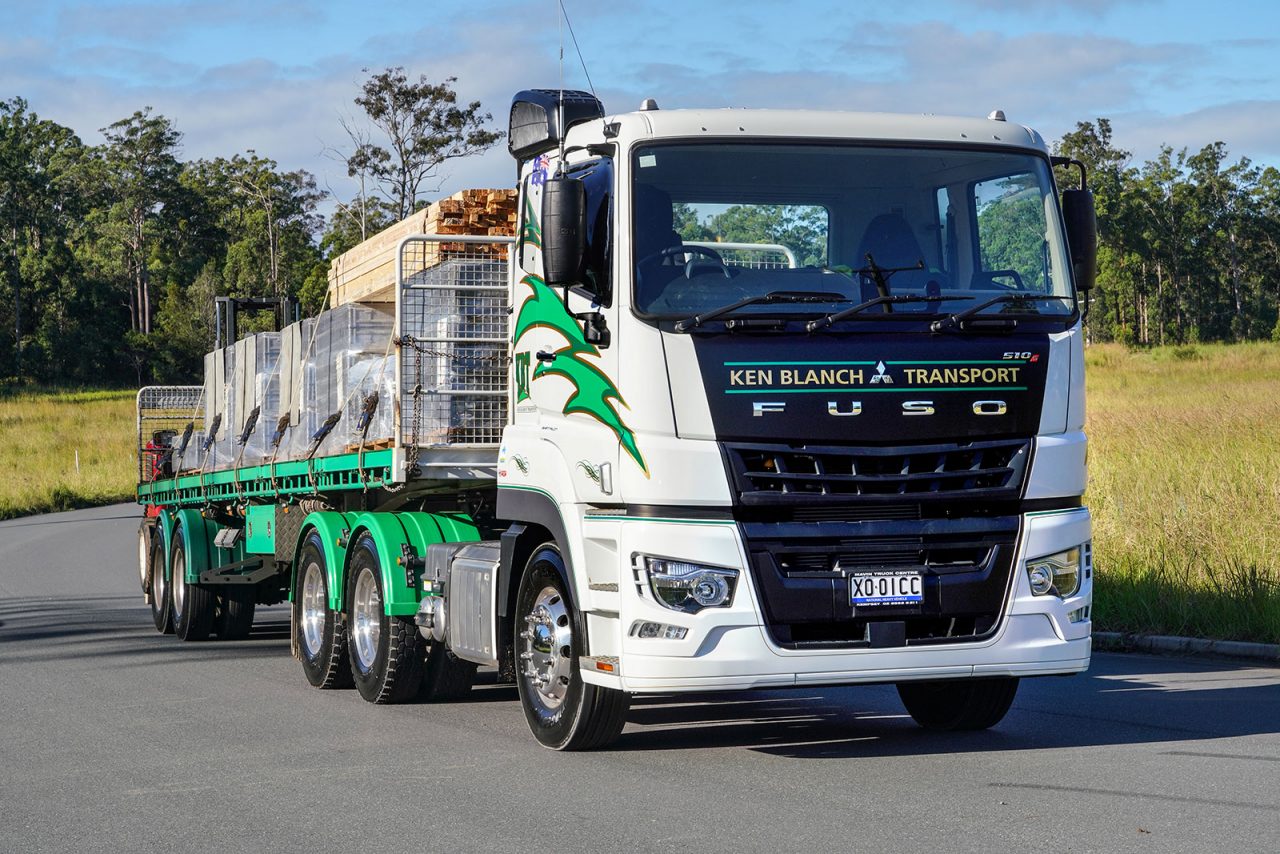 The top-shelf Shogun features the OM471 13-litre six-cylinder Euro 6-rated engine from the Daimler Truck stable and produces 510 horsepower and 2500Nm, more than any other Japanese truck.

The performance of the Shogun engine was one of the key reasons Mr Blanch selected it for the role. “It’s replacing a (15-litre) DD15 (Freightliner) Argosy and it’s doing fine; manages it no problem,” he says.

The support from the local Mavin Truck Centre, the winner of the 2021 Daimler Truck Dealer of the Year award, is welcomed by Mr Blanch.

“The Mavin’s guys give us great support,” Mr Blanch. “Nothing is ever a problem for them. It certainly helps to have that backing.” 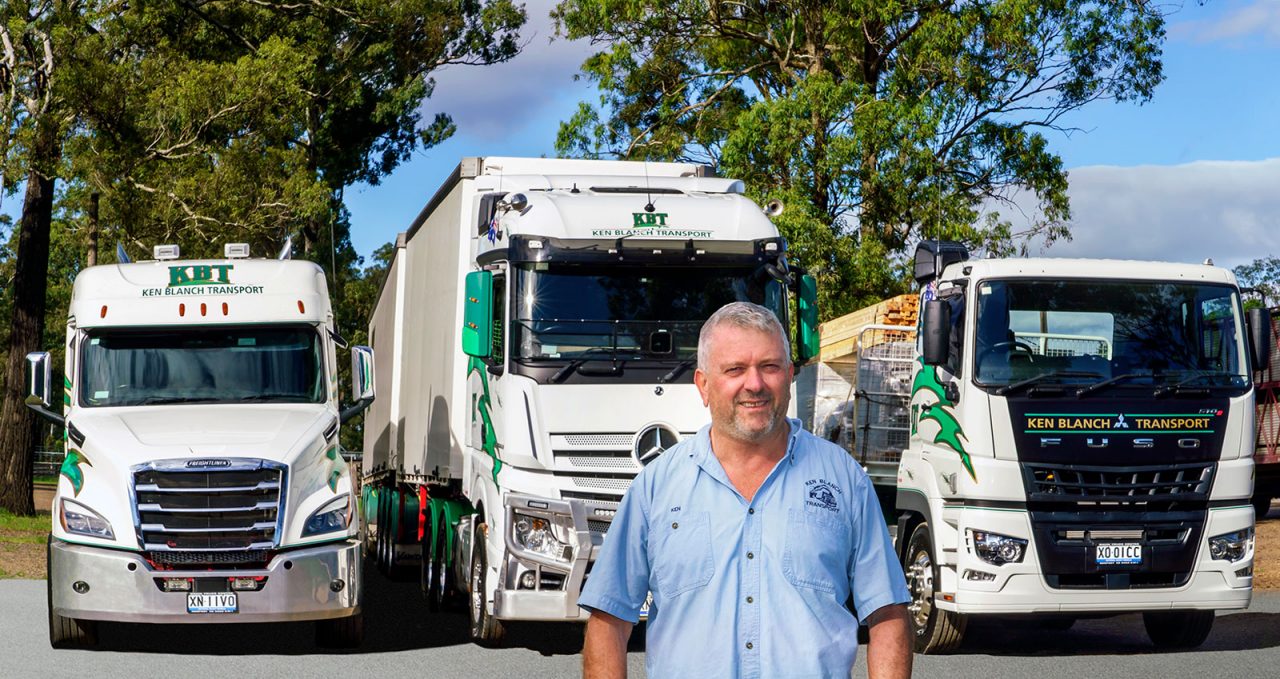 The Shogun 510, along with all Shogun models, benefits from the latest generation of Advanced Emergency Braking System (AEBS) that now uses camera and radar camera technology to provide enhanced pedestrian sensing capability, making it able to completely stop for a moving pedestrian in the event the driver does not respond to an audible warning. Radar-based adaptive cruise control is also part of the package.

Australia and New Zealand are the only markets in the world that offer the 13-litre Shogun 510, which was developed in response to requests from local operators who wanted a Japanese truck with more than 500hp.