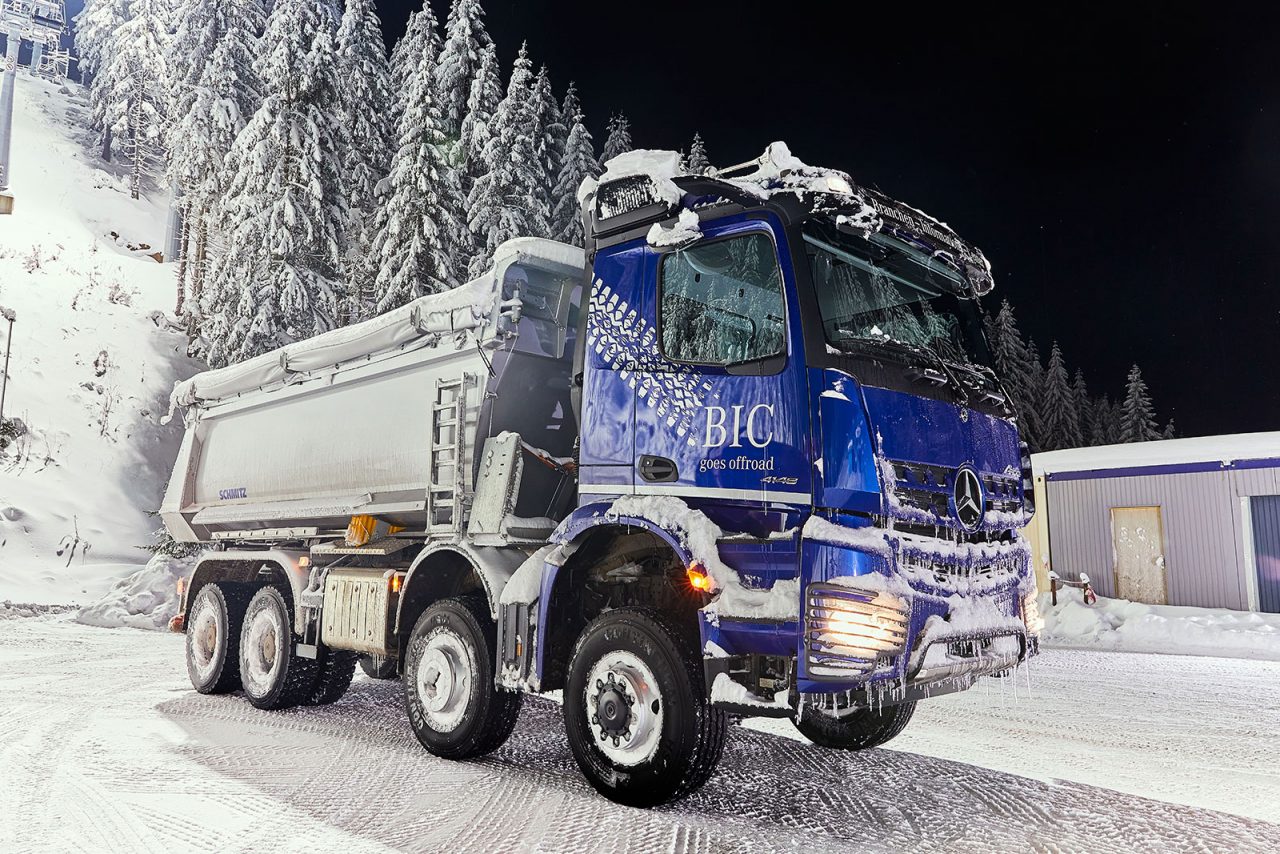 Mercedes-Benz sent a truck fleet of eight Mercedes-Benz Arocs to ensure that competitors at the Biathlon World Cup in Oberhof, Germany would find perfectly prepared ski runs. The task was to shift about 30,000 cubic metres of snow.

About 300 biathletes from 31 countries were due to take part in the Biathlon World Cup but at the beginning of January, the required snow hadn’t arrived. To prepare for a lack of snow a storage pond was created for making artificial snow. The snow is then stored in the indoor ski run and a depot. With about 1500 truckloads the team set about creating a ten-kilometre Nordic ski trail, which had to be six metres wide at the end and have a snow covering at least 60 centimetres thick.

For ten days, the Mercedes-Benz Arocs tippers drove the white snow to the site but in the middle of January, the snow shortage was reversed. In fact it snowed so much that the trucks had to take almost a hundred truckloads of fresh snow out of the arena, the TV area and the areas for the athletes and their support staff. Sometimes the driving could only be done using snow chains. 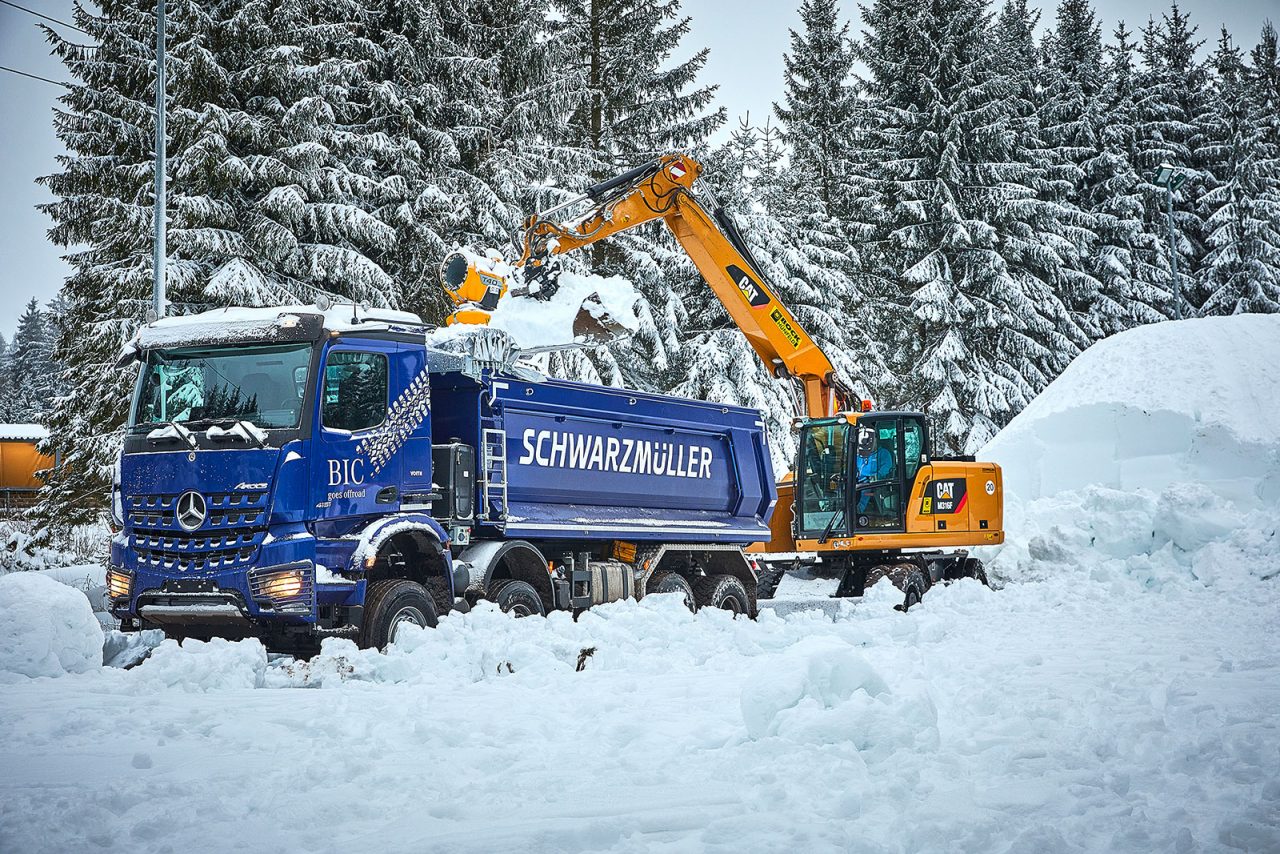 “Amongst other things, we had to reverse up to two kilometres to get to the loading place – you can bet that MirrorCam was a true blessing! Besides the special maneuvering vision when reversing, the system also gave us a better all-round view. In particular for the slanting view forwards – past the A-pillars – you have a much wider field of vision for the driver. That really helped us on narrow forest paths. With the difficult light and visibility, the displays always provided a noticeably brighter, high-contrast view of the surroundings. The cameras always stayed clean, even in the dirtiest of conditions, so with MirrorCam driving was that much safer,” says Christian Schleicher from Daimler Truck Sales Management a volunteer World Cup helper who drove one of the eight Arocs tippers. 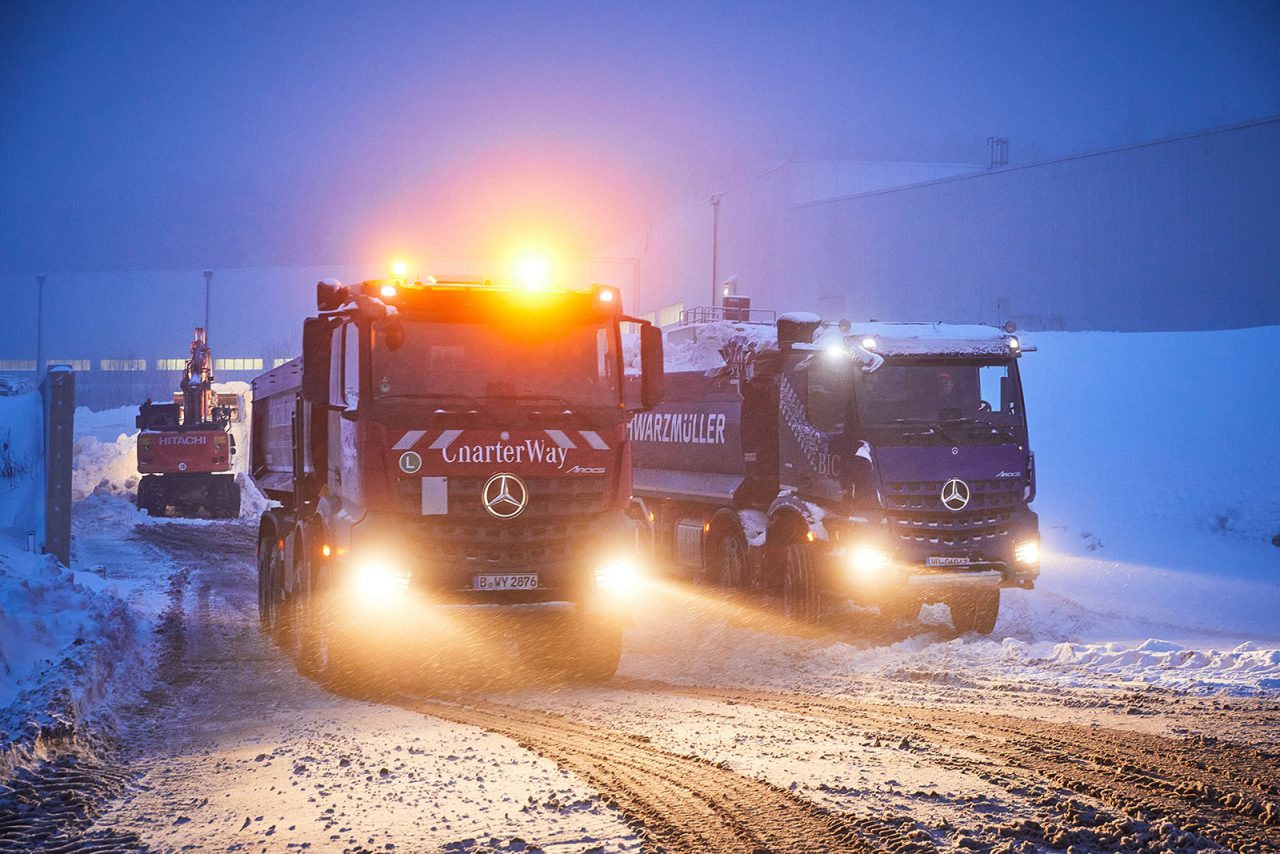 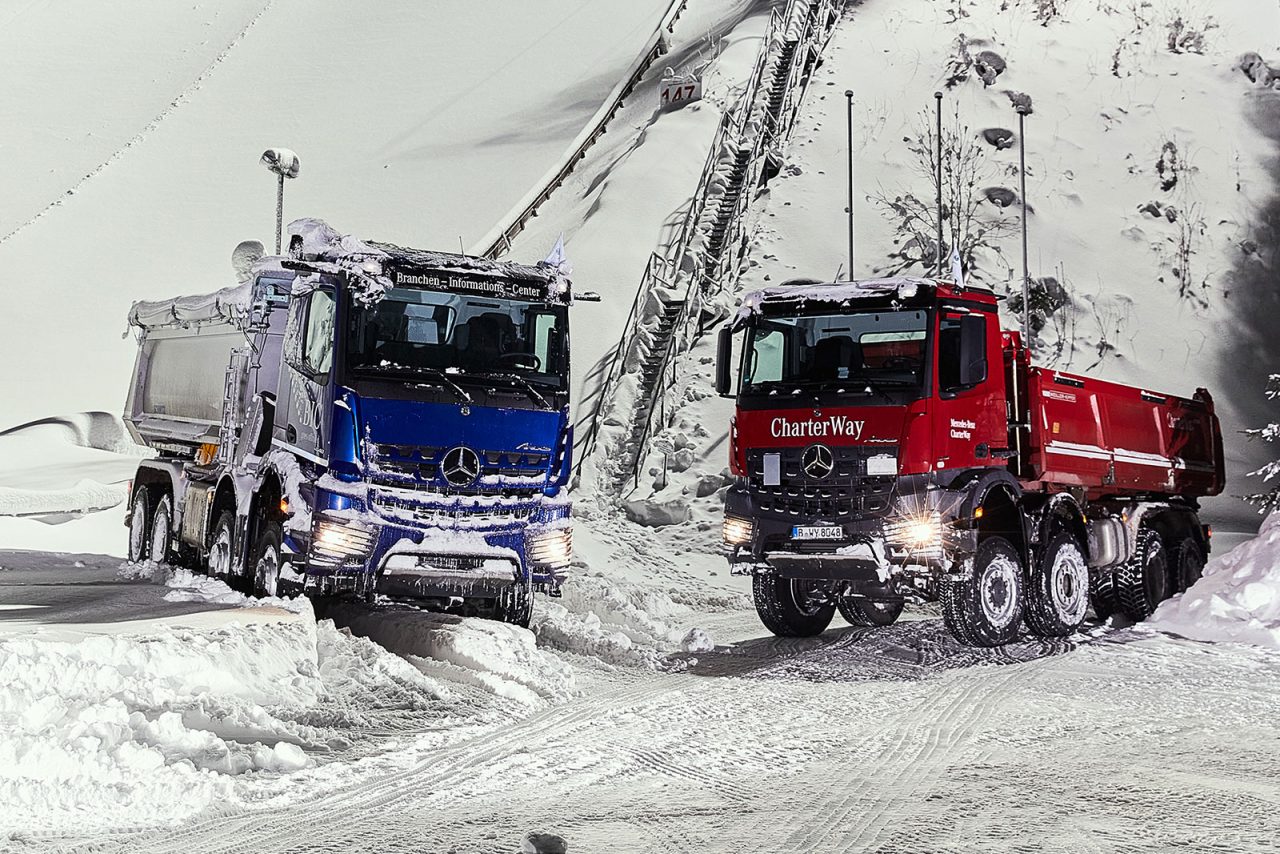