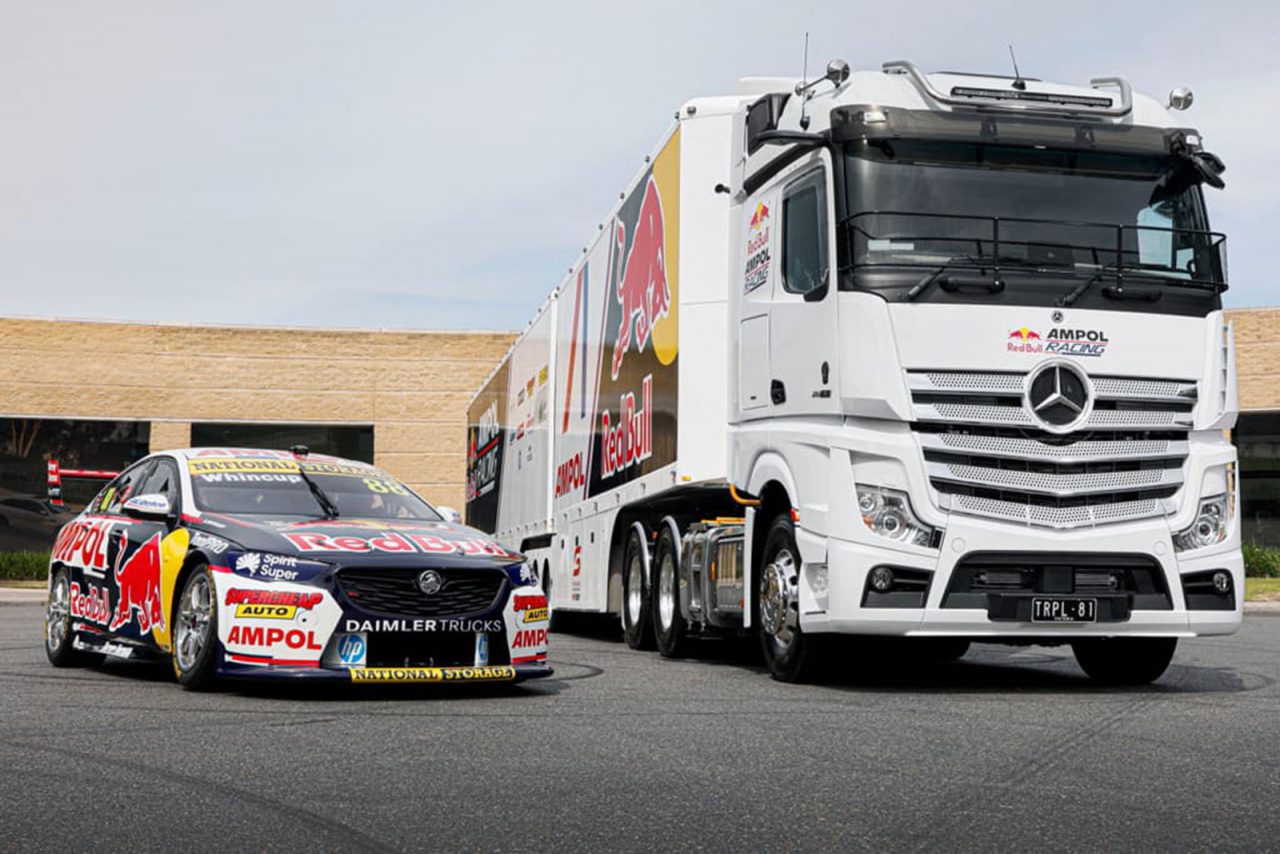 If you had been around Northern Tasmania last weekend you may have seen the new Mercedes-Benz Actros hauling the Red Bull Ampol Racing transporter to the latest round of the 2021 Repco Supercars season.

The new Actros is carrying the cars of seven-time Supercars champion, Jamie Whincup, and 2016 Supercars championship winner and current series leader, Shane van Gisbergen, as well as a vast amount of spares and team gear. 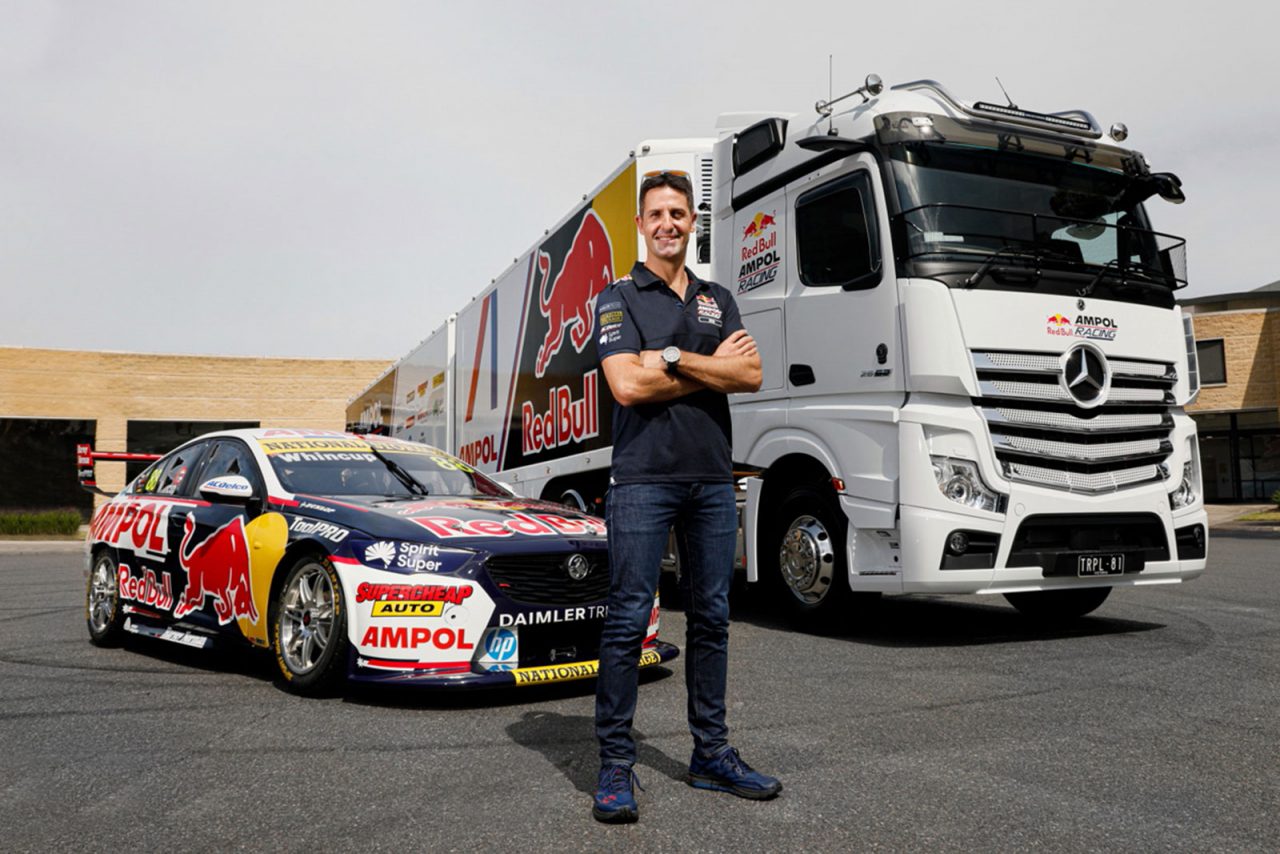 Jamie Whincup holds a Multi Combination Heavy Vehicle licence and took the new Actros for a drive saying the technology was “impressive”.

“The cab is a real stand out. It’s really impressive how much of the technology you see in Mercedes-Benz cars is also in these trucks,” he commented. “These screens and the touch controls on the steering wheel are excellent, because it’s really easy to keep on top of everything.”

Whincup, who is competing in his last full season of Supercars, welcomed Daimler Trucks on board as a sponsor and supplier of the team’s trucks. “We always want to work with the leaders in each field and it’s clear that Daimler Trucks is a leader with advanced trucks like this Actros,” he said. 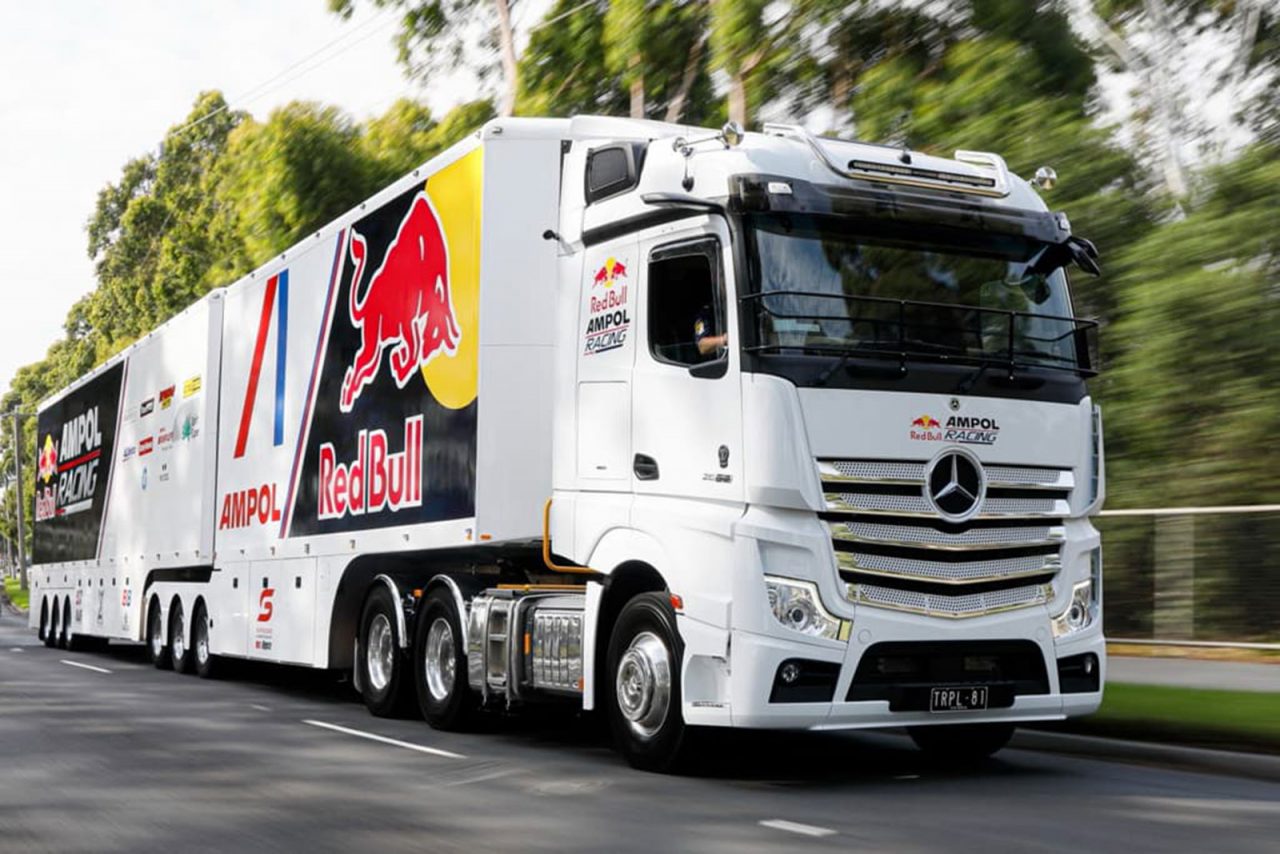 Whincup is hoping to hit the road for a longer run in the Actros on the way to one of the events during this season, but regular driving duties fall to experienced transporter driver Dave Lewin.

The range-topping 16-litre Actros produces 625hp of power, not far off the ‘635hp-plus’ output of Red Bull Ampol Racing Holdens it hauls, but the big Mercedes-Benz also makes a hefty 3000Nm of torque. 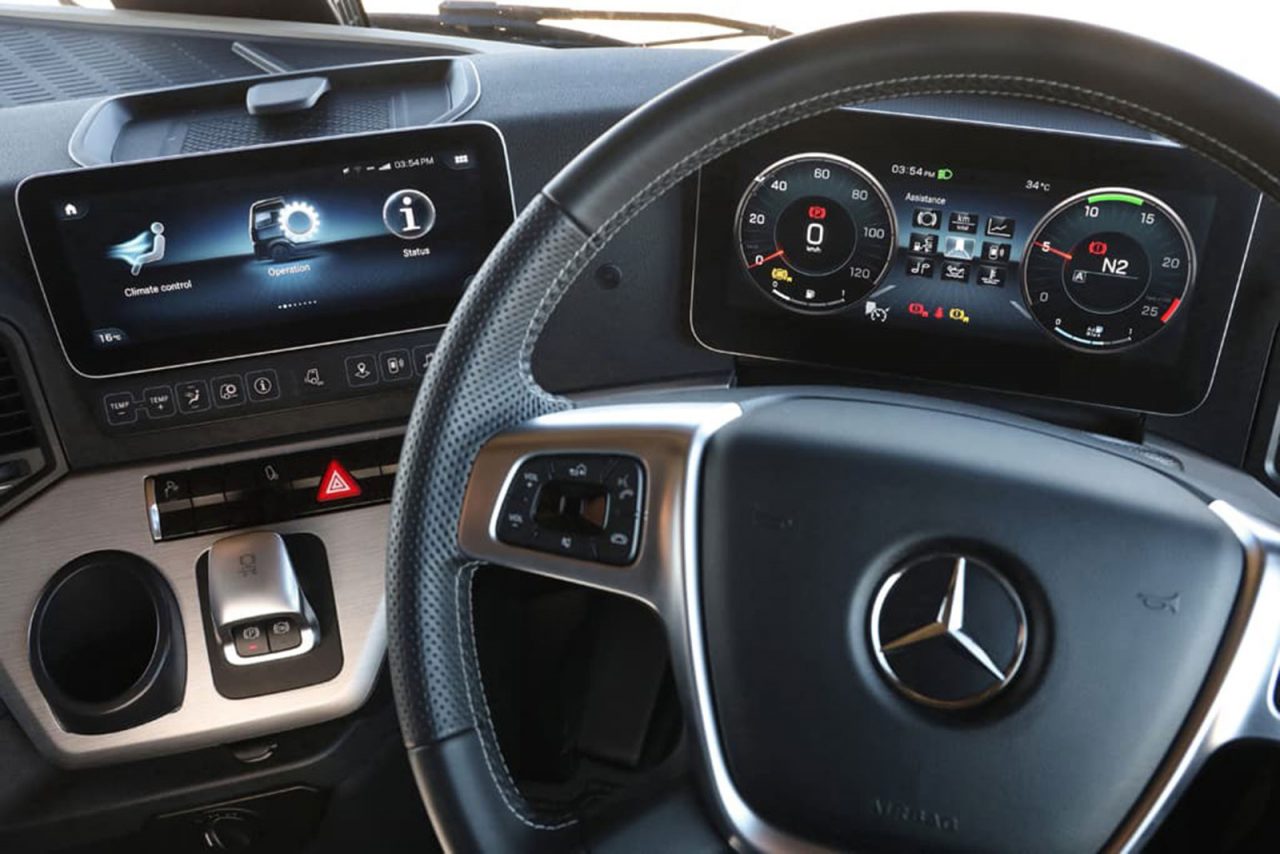 Red Bull Ampol Racing also ticked the box for the optional MirrorCam system, which captures vision from cameras on aerodynamic wings and displays it on screens mounted on the A-pillars in the cabin.

Like all Actros models, the Red Bull Ampol Actros comes standard with the Mercedes-Benz Active Brake Assist system, a radar/camera system that can automatically perform full emergency braking for vehicles and pedestrians. 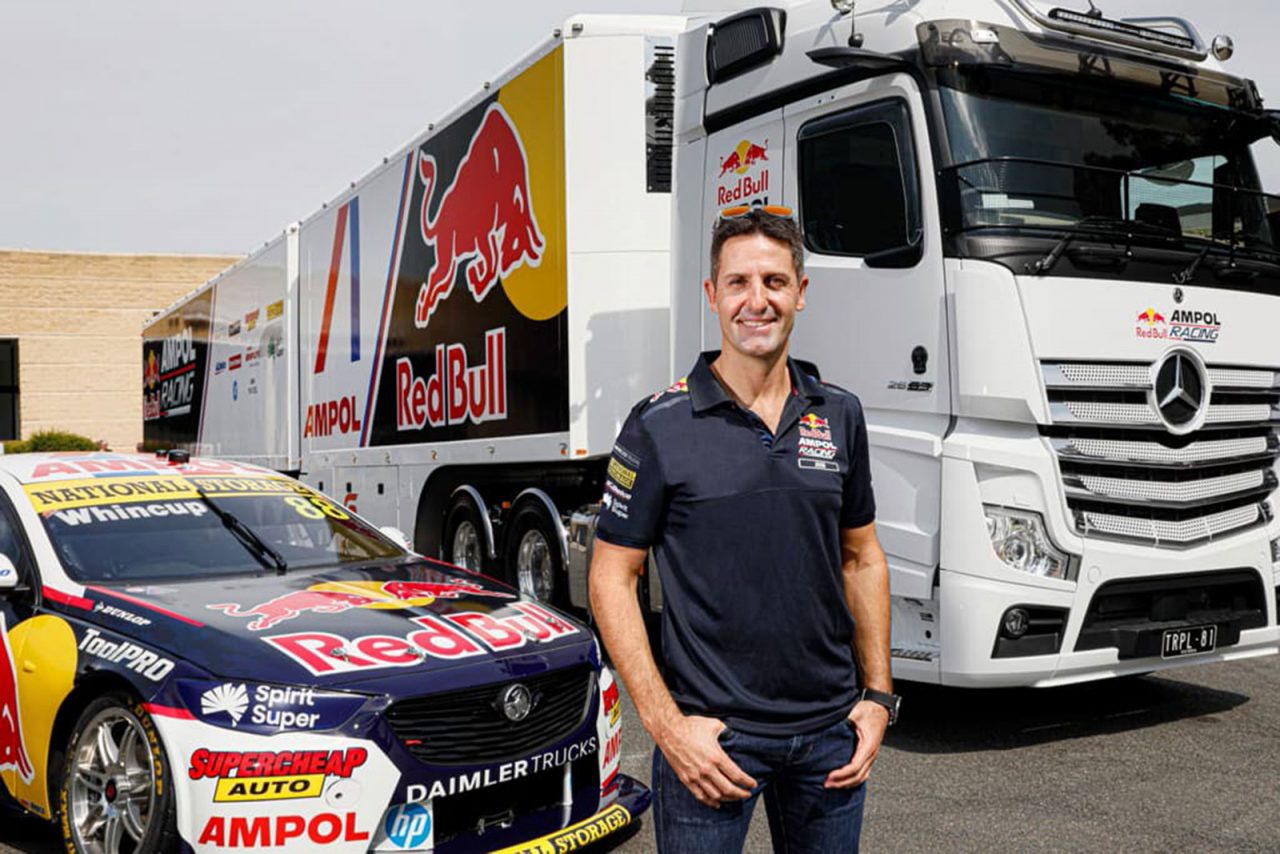