The biennial truck industry celebration ran from May 13-16 at the Brisbane Convention and Exhibition Centre, along with a series of events including the South Bank Truck Festival and a display at the nearby Reddacliff Place. Organisers have confirmed that more than 30,000 attended the show.

Daimler Truck and Bus brands Mercedes-Benz, Freightliner and Fuso all reported a high volume of enquiries for the duration of the show.

“Our teams experienced a high level of interest from customers and enthusiasts across all four days, including a massive day on Saturday,” Daniel Whitehead, President and CEO of Daimler Truck and Bus Australia said.

“We sold a good amount of trucks on the stand, but were also able to connect in-person with our customers and others in the industry who have kept Australia moving despite all the recent challenges.”

Whitehead said the ability to come together with others in the industry was immensely important.

“Relationships are central to the trucking industry in Australia, so to be able to meet in person at an event like the Brisbane Truck Show is really important,” he said.

Freightliner presented the full Cascadia range and announced the availability of a new head-protecting side airbag and a high-resolution Digital Dash system, Mercedes-Benz announced a local validation program for Level 2 automation and an upgraded 8×4 rigid model.

Fuso introduced the Shogun 360 and the Fighter Euro 6, while also showing the fully electric eCanter production model for the first time and celebrating 50 years of the iconic Canter model.

Did we mention that we were announced as Daimler Dealer Of Year as well? 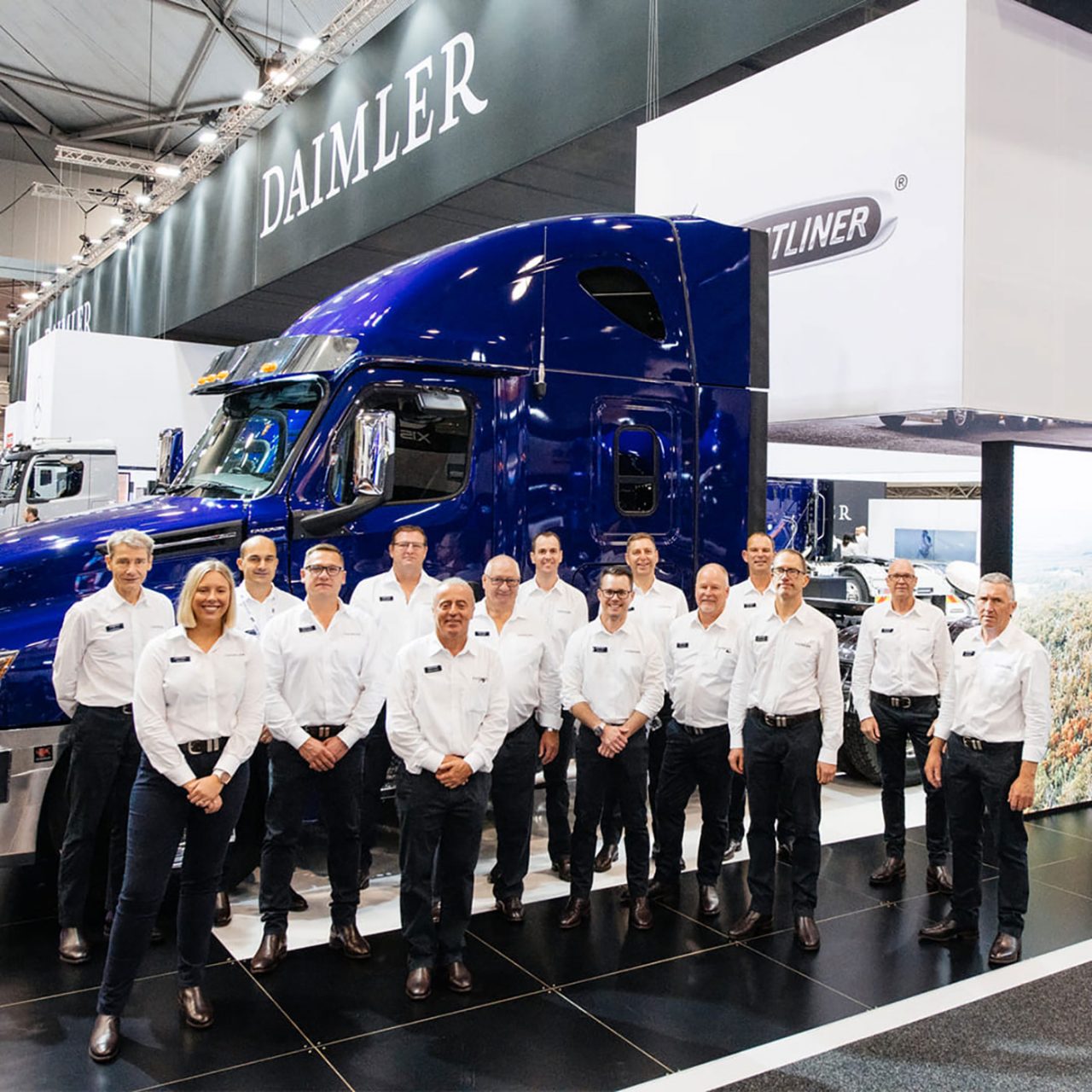 The Daimler team at the Brisbane Truck Show