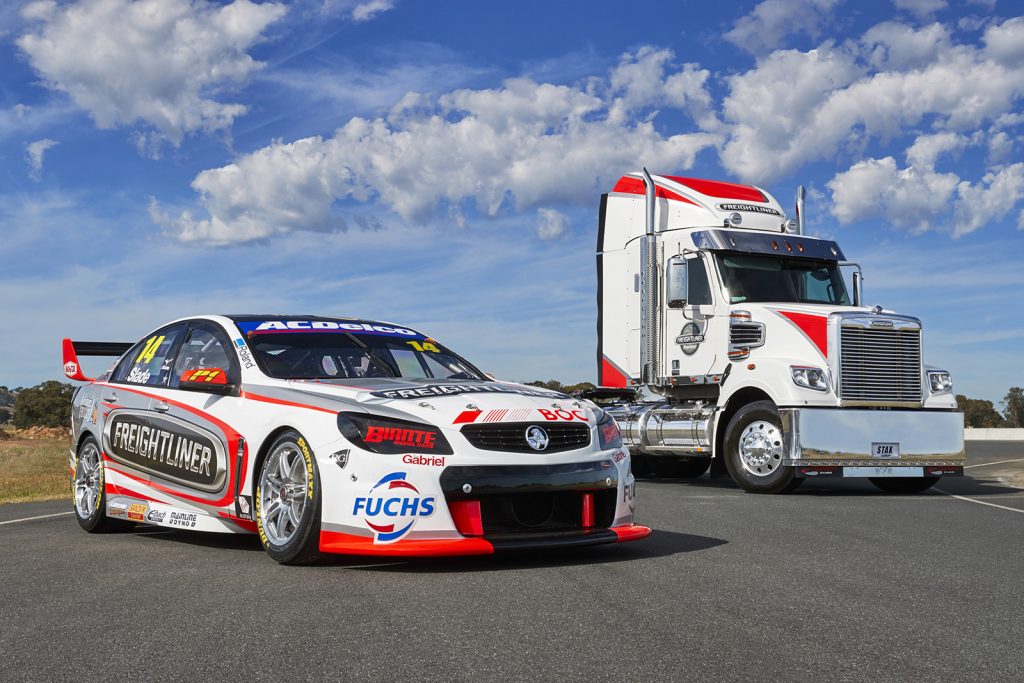 Freightliner Racing has revealed a new-look Commodore Supercar and Coronado prime mover that will haul it to each race. The Albury-based team has switched from black and red to a white and silver livery topped off with a striking new shade of red for the car driven by two-time race winner Tim Slade. It has also replaced its Freightliner Argosy cabover prime mover with a bold Freightliner Coronado 114, a model with a set-forward front axle that can haul a 34-pallet B-double trailer set.

The team transporter, nicknamed Stax, is driven by Paul Eddy, who clocks up around 45,000km a year behind the wheel towing a B-double trailer loaded with two cars and mass of spares and equipment. It’s not a heavy combination (around five tonnes shy of its 62.5 tonne maximum weight), offering no challenge for the 15-litre Detroit six-cylinder turbo diesel under the bonnet that generates a healthy 560hp and 1850lb-ft Nm of torque. 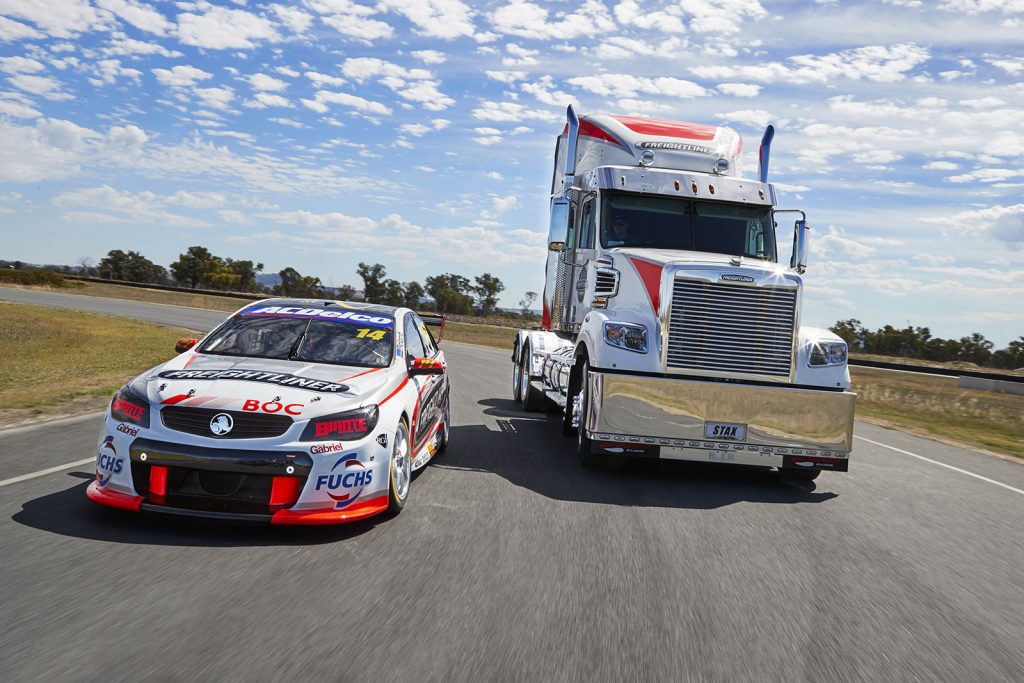 Paul has only done few short stints in his new home away from home, but is looking forward to the 16 rounds he will drive it to this season. “It looks great going down the road,” Paul says. “It always looks cool if you have a couple of stacks sitting behind the doors doesn’t it?” Paul had driven an Argosy with a cavernous 110-inch sleeper cab for the last few seasons, but will trade off some of that space for a bonnet with the new Coronado, which has a more modest 34-inch sleeper. “The sleeper in the Argosy was so big, it had a double bed and it would take me half an hour to get out,” Paul says with a smile. “With this, you lose a bit of cabin space but you get a bonnet.” Paul praised the way the Coronado 114 drives. “Geez, it is nice to drive. Just the way it sits on the road; it’s great.” he says. 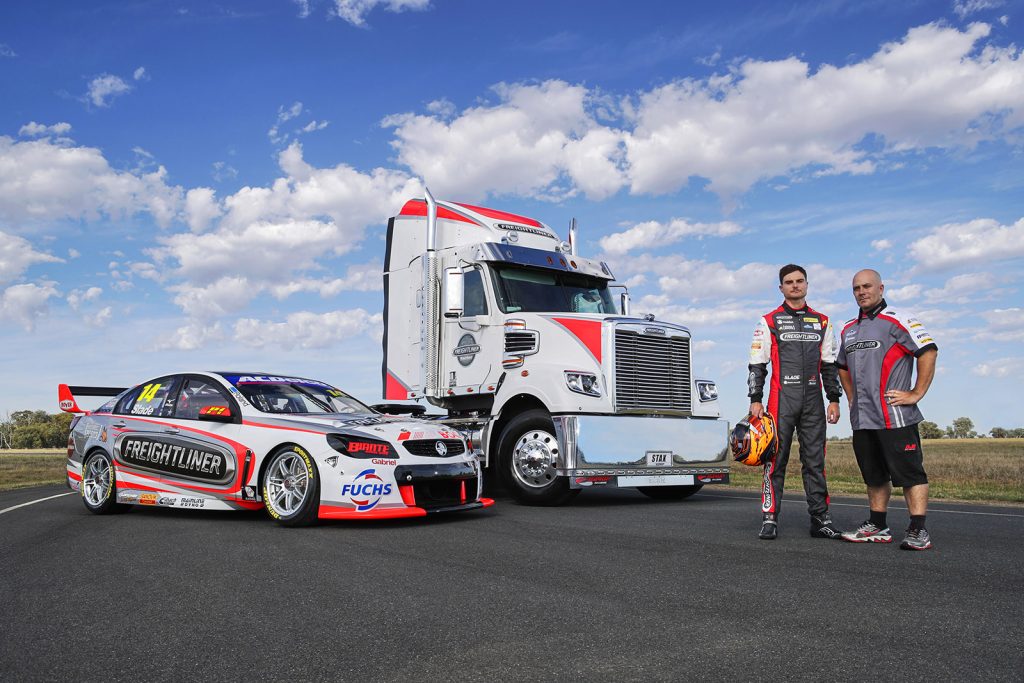 While the Coronado is available with a fully automated Eaton Ultrashift transmission, Paul opted for the 18-speed Eaton RoadRanger in order to keep up his shifting skills. Driving the team transporter is just one part of Paul’s job description; he also looks after the Freightliner Racing car’s tyres and works the hydraulic jack ‘spike’ in pitlane during stops.